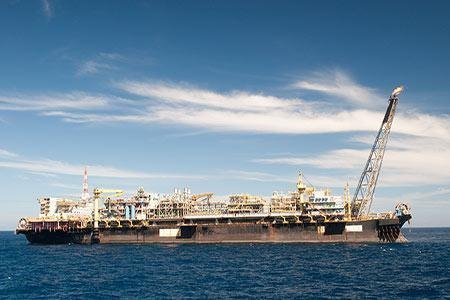 This is initially for tank inspection during which time EM&I’s ‘NoMan®’ robotic tank inspections that avoid confined space entry and working at height while increasing tank availability and achieving a 90% reduction in the man hours normally required. If the tank inspection reveals a requirement for repairs, EM&I will be invited to undertake these.

Having worked on hundreds of offshore assets during the 35 years they have been in the asset integrity management business, EM&I have delivered a number of long-term contracts for oil majors and large lease companies.

EM&I’s leadership of the successful HITS (Hull Inspection Techniques and Strategies) JIP (Joint Industry Project) has led the way in both robotic & digital innovations including diverless hull and valve surveys and repairs.

Commenting on this latest contract, Pat Lawless (CEO) of the EM&I Group – the international asset integrity specialists – stated: “We are delighted to be entrusted with another important contract offshore New Zealand with a major FPSO operator who has recognised the benefits of our methods and our long track record of delivering an excellent service.”

The HITS JIP, one of the most successful gatherings in the FPSO Research Forum, has been meeting twice a year, face to face across the globe for more than six years….until last week. With members keen to keep up the momentous progress made over the years, the HITS 6 meeting was held remotely by Webex […]

EM&I’s Regional Operations Manager for Africa, Francis Lacey and his team finally managed to get the team that were stuck in Equatorial Guinea, back home safely to South Africa following completion of an ODIN® UWILD project on an FPSO. The team demobilised from the FPSO on 24th March 2020 and by this stage Equatorial Guinea […]

EM&I have had an advert published in Subsea World Magazine Brazil, which outlines our Diverless Services and Remote Tank Inspection. Click here to view.