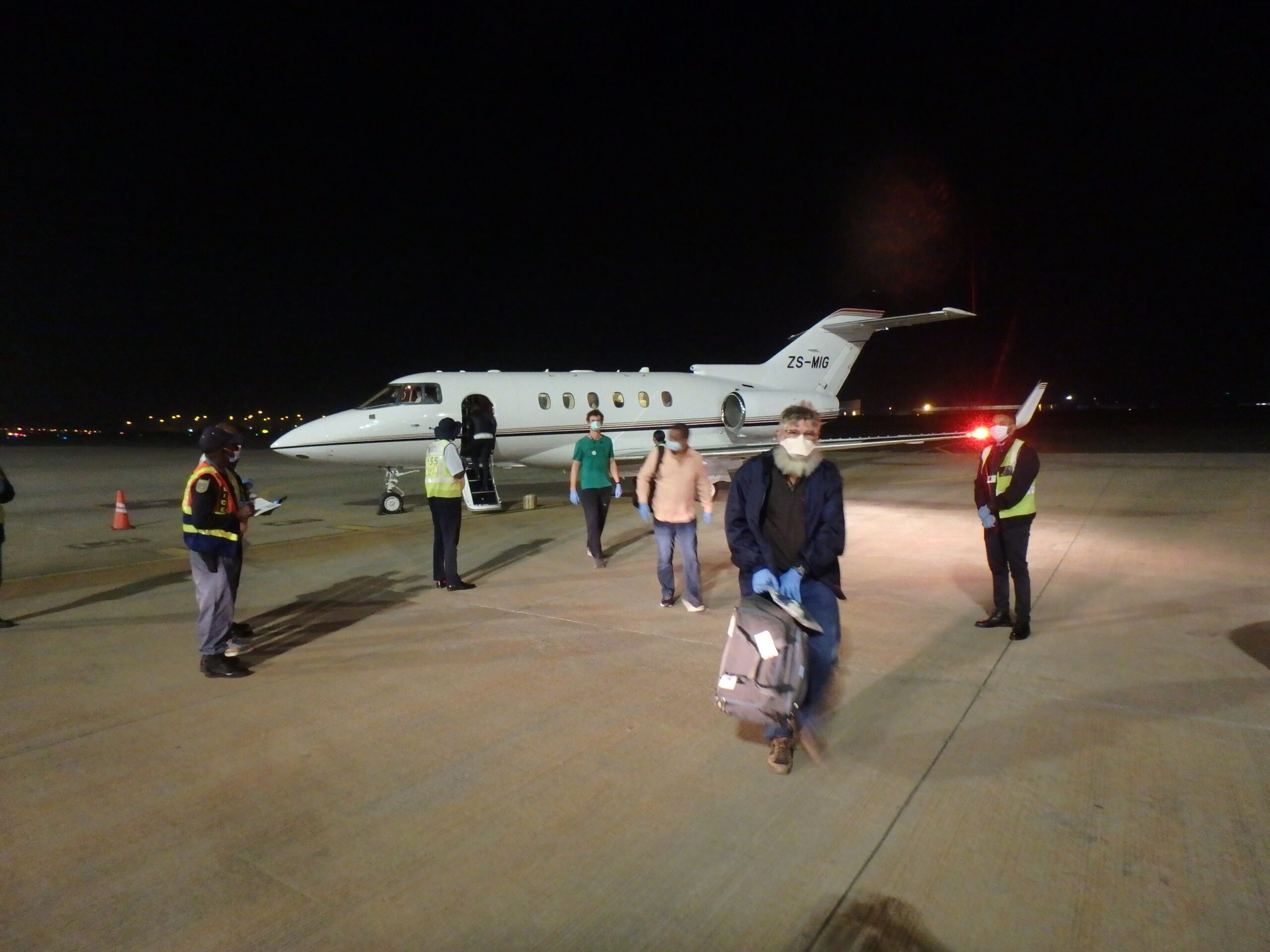 EM&I’s Regional Operations Manager for Africa, Francis Lacey and his team finally managed to get the team that were stuck in Equatorial Guinea, back home safely to South Africa following completion of an ODIN® UWILD project on an FPSO.

The team demobilised from the FPSO on 24th March 2020 and by this stage Equatorial Guinea was already in lock down, as was South Africa.

Francis added; “The Brazilian Embassy were able to assist getting one of the team members back home to Brazil but our three South African team members got stuck in Equatorial Guinea for six weeks. During this time several options were explored including cargo flights, cargo ships and even buying dirt bikes! Eventually we realised the best option was to arrange a private aircraft to repatriate the team.”

EM&I organised the flight and were able to sell seats to some of our clients and contractors to help cover the significant cost. Landing and overflight permits were a challenge but eventually all authorisations were obtained and the three EM&I and six other passengers landed safely back in South Africa late on Wednesday 13th May 2020. The team are now in quarantine and will be returned home in the next few days assuming they test negative for COVID-19.

Danny Constantinis (Executive Chairman) said; “A slick rescue operation with many thanks received from those rescued. Well done to Francis and all involved in bringing our guys home!”

EM&I has announced that its NoMan® remote camera technology has been given ATEX (Ex) approval. There are many regulatory requirements for the visual inspection of equipment and structures in areas which may contain flammable gases in order to assess their integrity. Such areas include for example confined spaces such as cargo oil tanks on tankers or […]

We are pleased to announce that the NoMan® optical system has now been granted a USA patent. NoMan enables general and close visual inspections of confined spaces without the safety risks and costs of placing humans in confined spaces or working at height. Getting the NoMan® USA Patent granted adds to the patents already received […]

EM&I has been granted a further patent for the NoMan® Optical system, this time for Africa (ARIPO) which covers Ghana, Mozambique, and Liberia. NoMan can carry out General and Close Visual Inspections, Distortion Surveys and Thickness Measurements using remote robotic methods to position the optical and laser devices into confined spaces without human entry. This […]